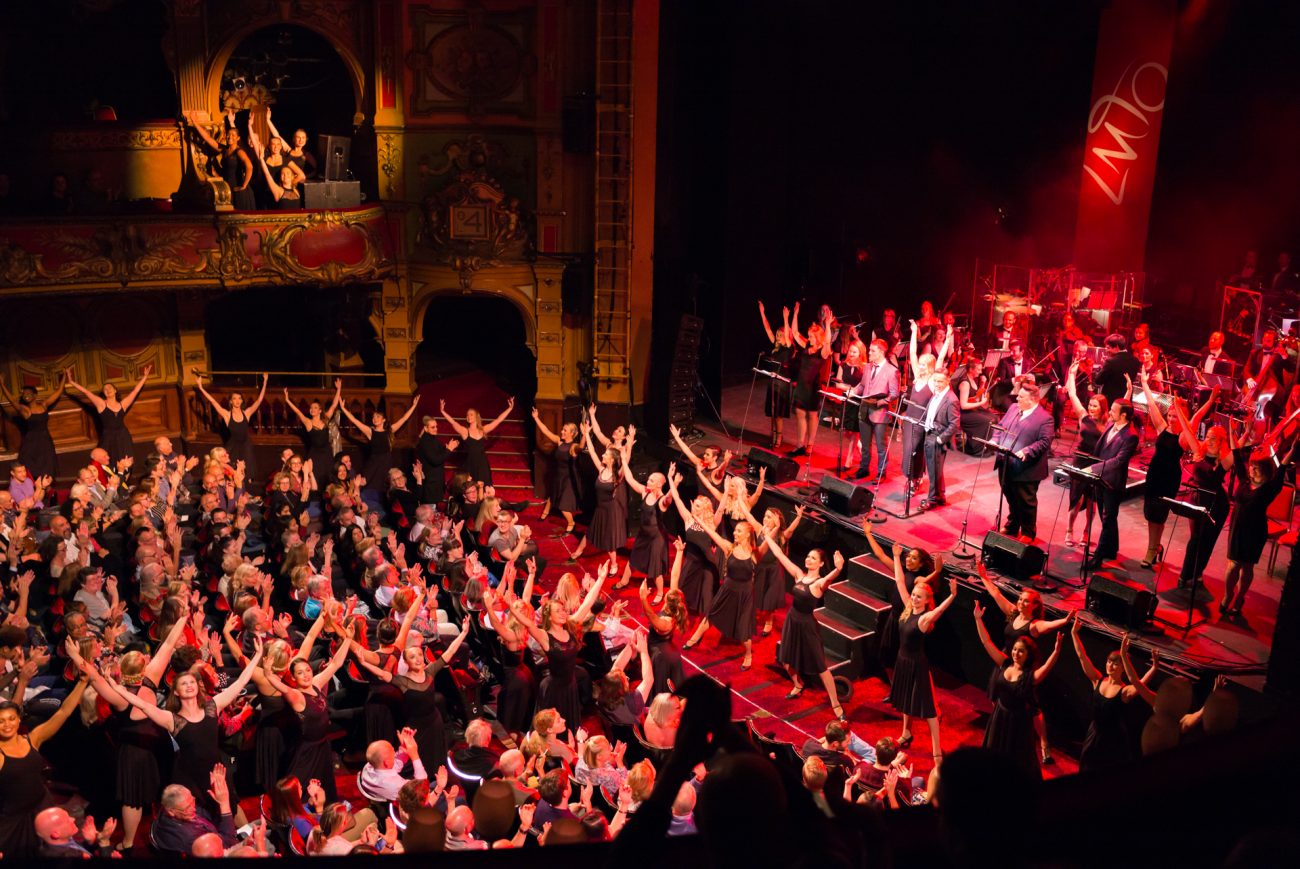 After a triumphant five-star performance of Bernstein’s Candide and a sell-out five-star 2016 season, the London Musical Theatre Orchestra makes its East London debut at the Hackney Empire with Jerry Herman’s hit show Mack and Mabel.

Starring David Bedella (Jerry Springer: The Musical / The Rocky Horror Show/ In The Heights) as Mack, Natasha J Barnes (Funny Girl / The Palladium’s All Star Cinderella) as Mabel and Tiffany Graves (Chicago / Sweet Charity / We Will Rock You) as Lottie.

Mack and Mabel  is based on the real-life story of Mack Sennett, the “King Of Comedy” and legendary director of the golden age of the Hollywood silent film, who finds himself bankrupt, alone and obsolete. Forced to sell his studio, he reminisces about the glory days, from the chaos of the Keystone Kops to his turbulent love affair with rising star Mabel Norman. A world where heroes wore capes, girls were tied to the railway tracks and it all ended with a pie in the face.

Mack and Mabel features an expansive and toe-tapping score by Jerry Herman (Hello, Dolly!, La Cage aux Folles) and is widely adored for its classic Broadway hits including I Won’t Send Roses, Time Heals Everything and Tap Your Troubles Away. With the 32-piece London Musical Theatre Orchestrain full swing and a star West End cast soon to be announced, don’t miss out on what is sure to be an end of summer treat.