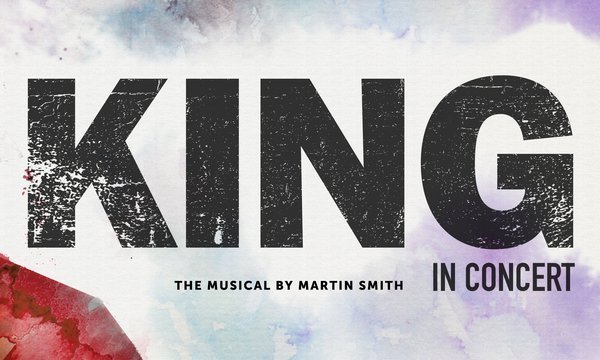 This year marks 50 years since the assassination of Martin Luther King Jr and 30 years since the first performance of the late Martin Smith’s acclaimed musical KING. Hackney Empire, in co-production with London Musical Theatre Orchestra, presents a special concert version for two performances only by kind permission of Nick Fiveash.

Appearing in this concert version of KING will be a cast of West End stars
including Cedric Neal (Motown the Musical, Chess) as Martin Luther King
Jr., Sharon D. Clarke (Ma Rainey’s Black Bottom, Caroline, or Change, Sleeping Beauty) as Alberta King and Debbie Kurup (The Bodyguard, Girl from the North Country, Jack and the Beanstalk) as Coretta King. Joining them is the London Musical Theatre Orchestra conducted by Freddie Tapner, who return to Hackney Empire following the huge success of Mack & Mabel last year. KING is directed by Susie McKenna with new orchestrations by Simon Nathan. The concert will feature Hackney Empire’s renowned Community Choir.

Martin Luther King Jr knew he would marry Coretta Scott from their very first meeting. Over the course of their marriage, alongside their brothers and sisters within the movement, they fought for the rights of African American people in a divided United States. KING tells the story of their life together, and the strides, successes and sacrifices of the 1960s Civil Rights Movement that saw them change the course of history.