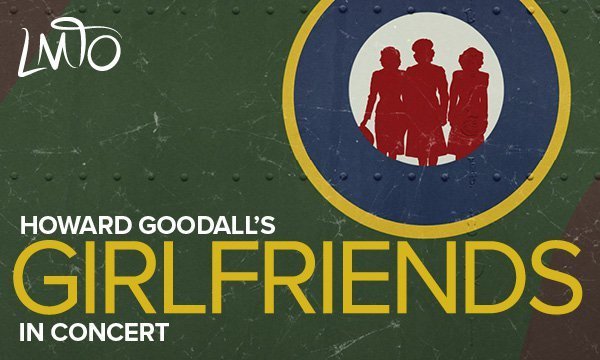 Girlfriends, by Emmy, Brit and BAFTA-winner Howard Goodall CBE (Bend It Like Beckham, The Hired Man), returns to London in concert form with the London Musical Theatre Orchestra and an all-star cast, led by Lucie Jones as Lou (Legally Blonde, UK Eurovision Entrant 2017, Les Misérables) and Lauren Samuels as Amy (Bend It Like Beckham, Romantics Anonymous, We Will Rock You).

Girlfriends follows recruits of the Women’s Auxiliary Air Force (WAAF) on an RAF Bomber Command base during the Second World War. This emotionally compelling musical explores the bravery, camaraderie, solidarity and humour between the women in the WAAF while they pack parachutes, make shells, fall in love and live through the horrors of the War.

With sweeping melodies and epic all-female choruses, set to brand new orchestrations by Simon Nathan and the composer, Girlfriends is the British musical at its best and will be performed in the beautiful surroundings of the Great Hall at Bishopsgate Institute, where LMTO are Orchestra in Residence.