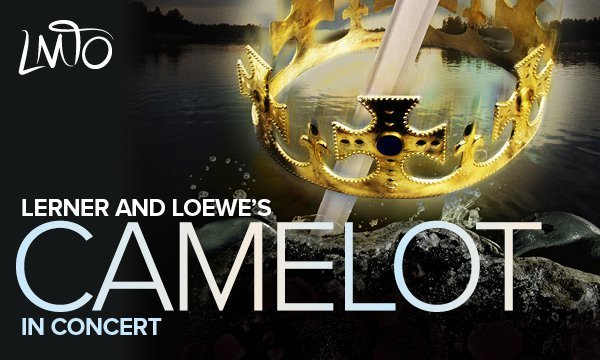 Lerner and Loewe’s majestic Camelot, winner of four Tony Awards, returns to the West End for the first time in over thirty years. Packed with some of musical theatre’s best songs, LMTO’s concert version with full orchestra will celebrate Alan Jay Lerner’s Centenary at the West End’s favourite theatre, the London Palladium.

This much-loved musical brings the legend of King Arthur to vivid life with an extraordinary score and book based on T. H. White’s novel The Once And Future King. When Guenevere falls for Lancelot, one of the Knights of the Round Table, Arthur’s loyalties and beliefs are tested, and the fate of his beloved Camelot hangs in the balance.

Camelot includes the songs “If Ever I Would Leave You”, “How To Handle A Woman”, “The Lusty Month of May” and “Camelot”, and will feature an all-star cast soon to be revealed.