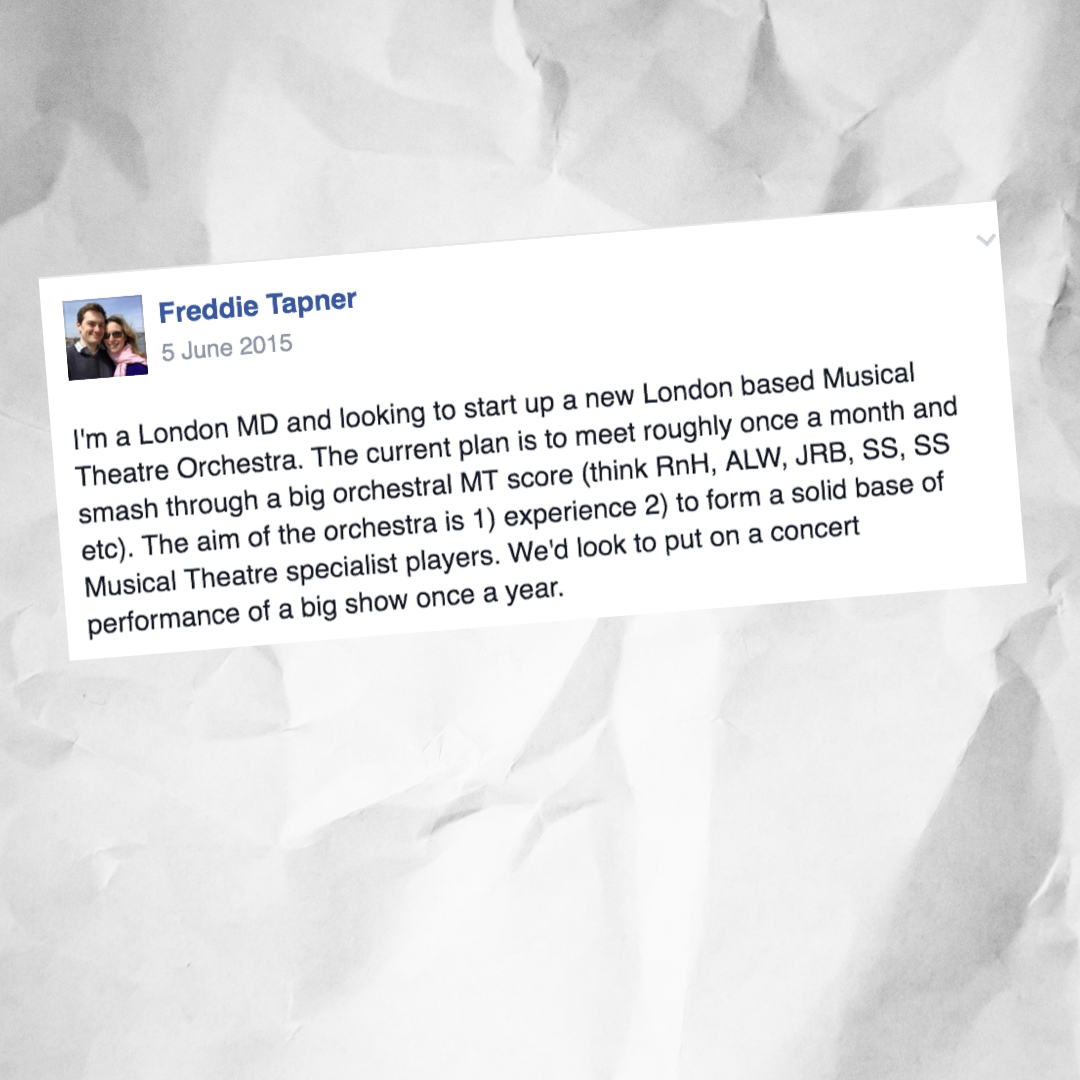 LMTO was founded by Freddie Tapner in July 2015, when he put out a call on Facebook in the hope of creating a network of musicians who were as crazy about musicals as he was.

To his complete surprise, over 250 people replied in less than 24 hours, all interested in playing musicals with a full orchestra.

Strike up the band

A few weeks later, on Sunday 13th July 2015, musicians gathered in St Silas Church and played through the score of a musical in private, just for fun. This was the first Sitz, and the London Musical Theatre Orchestra was born.

LMTO took up the position of Orchestra-in-Residence at Bishopsgate Institute in January 2016, where the Sitzes remain to this day. 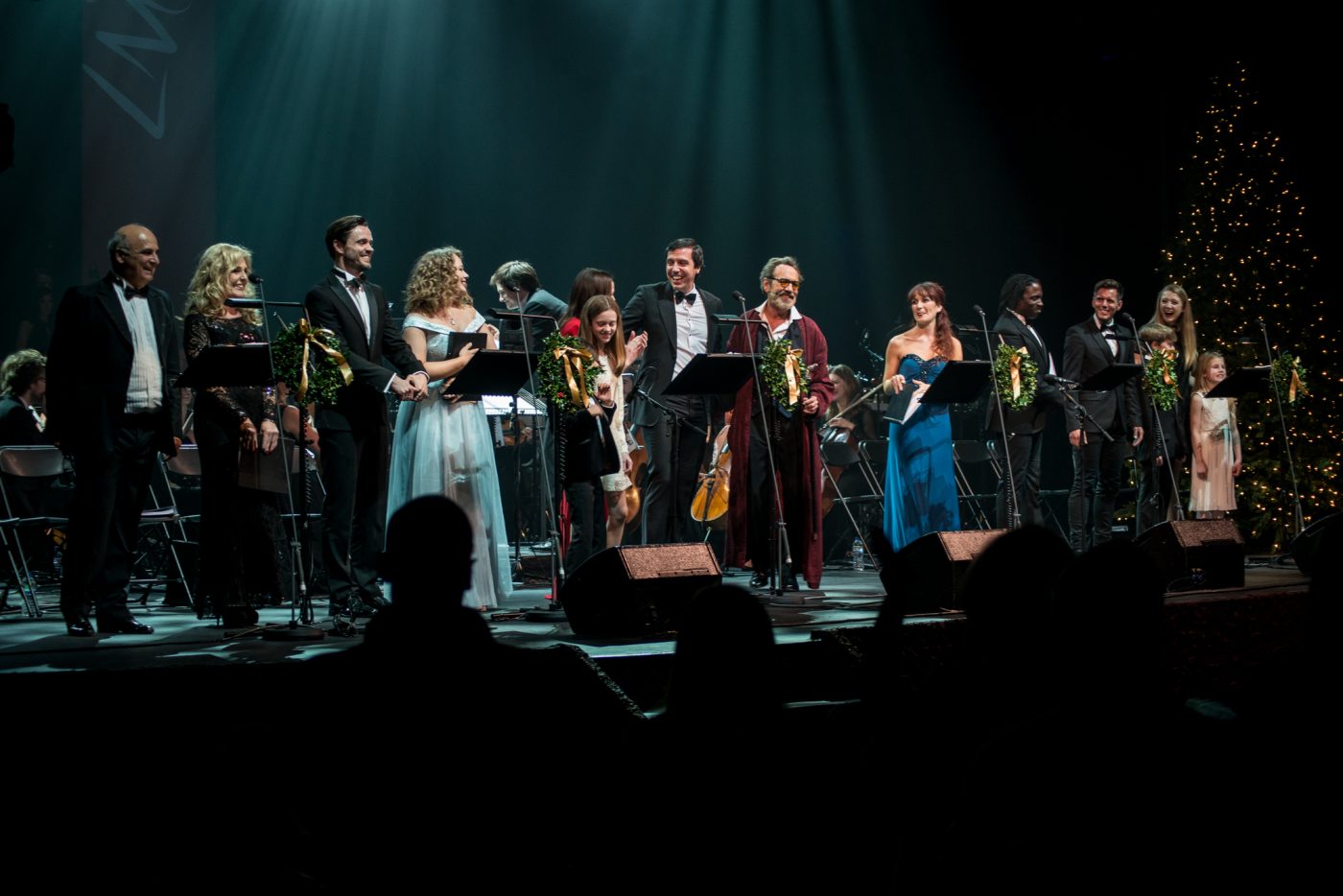 One year and 12 Sitzes later, it was time for audiences to hear what LMTO could do.