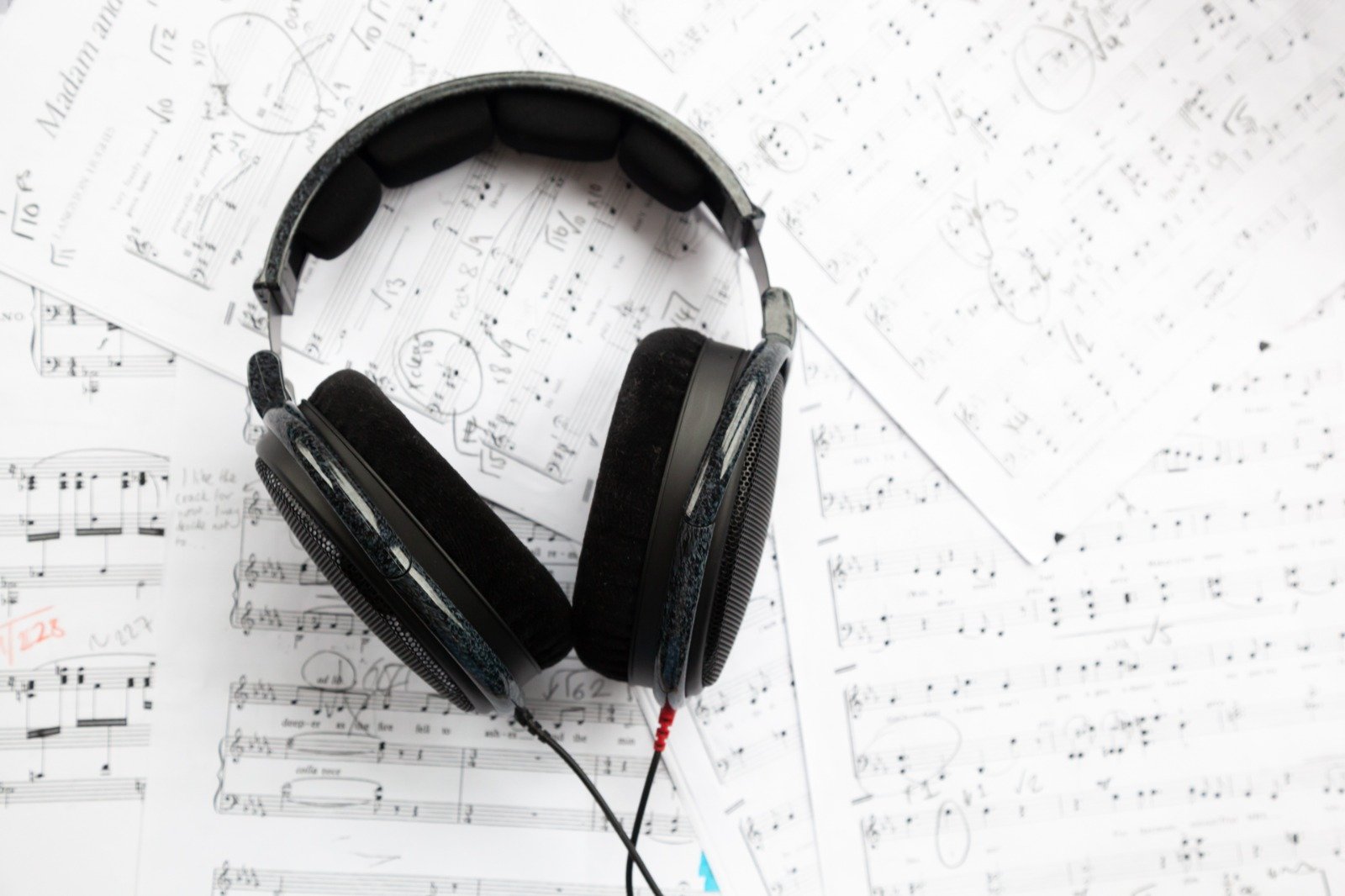 It goes without saying that everyone at LMTO loves music, but with all rehearsals and concerts on hold, we’ve had to get our musical fix in a different way these past few months, relying on Spotify and Youtube rather than the thrill of live music. But lockdown has brought the opportunity to discover new albums and tracks – from the musical theatre genre and beyond – which have in turn excited, inspired and soothed us in this difficult period. We thought we’d share some of our favourites.

I’ve been listening to Callum Au’s new album, Songs and Stories – some brilliant arrangements played by the finest instrumentalists in the world (including a few LMTO musicians!). Particular highlights are an exquisite version of Pure Imagination and a full-blooded Let’s Get Lost. I’ve also been nerding out on Jacob Collier’s Logic breakdowns of his songs, where he takes you through how he created his music in intricate detail. Every one of his arrangements and compositions is so packed with joy, and to hear him speak about every note with such passion and knowledge is truly inspiring.

I’ve been listening to a mix of old and new musicals over the past few months. One favourite is the 2006 London Cast recording of Evita. It’s a terrific album with a glorious Eva, and something about the intensity of the recent weather and the political situation makes it feel bang on. Another brilliant listen is A Strange Loop (Original Cast Recording) – this year’s Pulitzer Prize winner. It’s a terrific musical exploring queerness in the Black community. It’s genuinely astonishing and extremely timely, with great music and lyrics.

I’ve been creating playlists of musical numbers for LMTO throughout lockdown, so I’ve really enjoyed the opportunity to discover some new albums. My two stand-out favourites have been Once on this Island and The Color Purple – the two recent Broadway recordings are outstanding. Once on this Island beautifully captures the sounds of a Caribbean island, with the calls of birds and the rush of trees created by human voices. A tropical fairytale, the music exudes pure joy. In contrast, The Color Purple is rooted in the grim reality of the American south in the early 20th century; but the music is sensational – rich gospel, vibrant jazz, swing and ballads that will take your breath away. With Cynthia Erivo and Jennifer Hudson as the romantic leads, it’s musical theatre gold. If nothing else, try the opening and closing numbers – goosebumps guaranteed.

While on my rounds as an Amazon delivery driver I have had my old iTunes folder on shuffle and have revisited some old favourites. These include Faces – a double album by Earth Wind and Fire, plus an Oscar Peterson album called Bursting Out with the All-Star Big Band and Pat Metheny’s We Live Here. I also love the band Incognito who have written some great driving music! Most of their albums are fabulous but Tales from the Beach and Tribes, Vibes and Scribes are personal favourites. I’ve put some tunes in a playlist, if anyone wants to listen!

I’m a doctor in ICU when I’m not an orchestrator, so throughout lockdown I’ve been listening to some of my old favourites to play along to and de-stress! Dear Evan Hansen, Songs for a New World and The Light in the Piazza have been keeping my keyboard chops going, but nothing beats coming home from a stressful day and bashing the drums along to Spooky Mormon Hell Dream!

As I first braved the outside world on my state-sanctioned walks, I found myself drawn to the apocalyptic Canary Wharf estate, camera in hand. As the March wind howled, Vangelis’ masterpiece was my companion.

Just the Way You Are – Billy Joel. Covered by Shaun Martin

Musical comfort food with a twist. Shaun Martin (of Snarky Puppy fame) runs his obscenely talented digits over the digital ivories. Summoning up the spirit of Billy, then infusing him with ounces of soul, he shows us that harmony is a language like any other.

Early in lockdown, I took to my tired, old electric guitar in a bid to keep my brain active. This fugue is what I’ve been trying to get my head and fingers around. Simon Powis shows how it should be done.

No lockdown would be tolerable without Sondheim. He’s the Bach of the musical theatre, except Bach may have fewer fans. This indulgent choice is emotional, but never sentimental.

I must admit my lockdown listening has been a little obscure. I’ve mostly focused on the LMTO Spotify playlists – all five of them! But, somewhat randomly, I’ve also really enjoyed the scores for the Oceans 11, 12 and 13 films. The music, composed by David Holmes (he also wrote the score for Killing Eve) is achingly hip, and has turned out to be great for cooking, packing and decluttering!