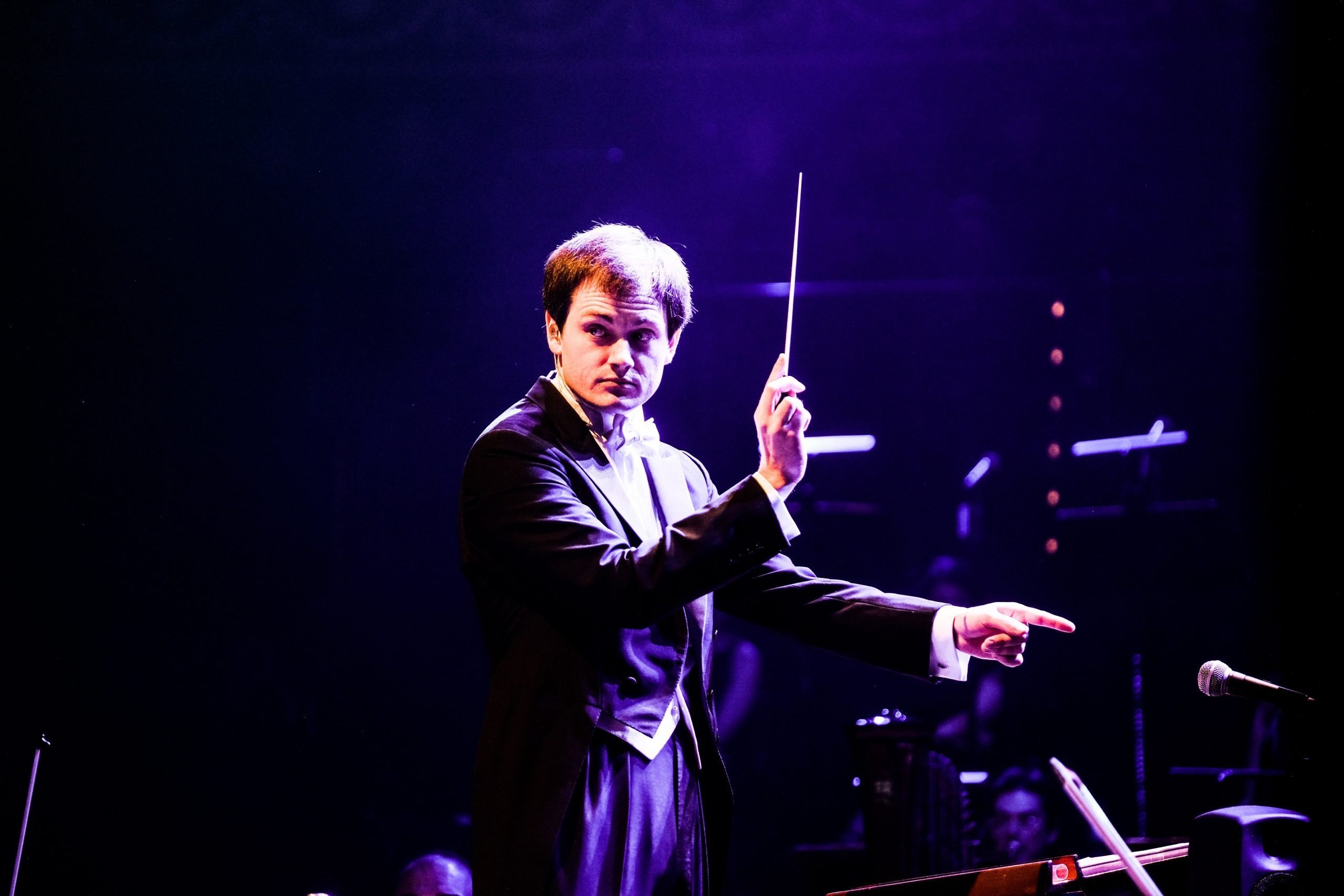 We’re big fans of the musical megabanger at LMTO: the big songs from the big shows well all know and love. Defying Gravity, One Day More, Don’t Rain On My Parade, you know the type. But we also love a little-known gem: a brilliant number tucked away in a Broadway flop, or a song from a show that never got the credit it deserved. And we’ve made a playlist of our favourites, so you can enjoy them, too! Read below for MD and composer Jordan Li-Smith’s top ten and have a listen. Maybe you’ll discover a new favourite while you’re at it…

What Would You Do? from Cabaret, by John Kander and Fred Ebb

I always have to remind myself that Cabaret was written in the 1960s. It manages to maintain its theatrical facade whilst holding up a mirror in the most shatteringly honest way, making it unbelievably ahead of its time as far as musicals are concerned. The music seems to be filled with darkness and tritones (I imagine Kander listened to West Side Story before writing this song), but what is more interesting is the hope which lines through the whole song. Each tritone phrase always stretches itself to the major resolution, with the general direction of the song doing every it harmonically can to get back to the major key. Frau. Schneider feels she cannot marry her fiancé as he is a Jew and has been strongly advised against such marriage by her long-time friend (who happens to be a Nazi). This song is her response.

Beautiful from Sunday In The Park With George, by Stephen Sondheim

Beautiful is never really a song people mention when talking about this show, so I want to give it some attention. It takes place near the end of the first act and is a duet between George and his mother. It’s a very delicate moment in the show, where it seems for the first time, George is genuinely trying to connect with someone, albeit still talking about his art. They sit and look at the view from the park and comment on how it is changing. His mother wants it to stay the same and never change and implores him to draw it all before it fades away. George tries to explain that the fact the world is changing is what makes it beautiful.His mother keeps her ground, yet concludes it is not the view, but George himself that makes it beautiful.

Raining from Rocky, by Lynn Ahrens and Stephen Flaherty

Rocky was an overlooked show, in an overcrowded Broadway season of musicals, in which many shows were left out any significant Tony Award spotlight. However, two years prior to its Broadway flop, Rocky was a huge success in Germany and contains some really beautiful songs by Ahrens and Flaherty. The atmospheric Raining is sung near the beginning of the show by Adrian, and its purpose is two-part; it gives us an insight into her backstory (something the movie lacks), as well as showing her inability to escape her drowning mind and forge her own destiny, with her concluding she’d rather let destiny itself guide her to Rocky. The music perfectly captures the pitter-patter of the rain, before flooding out in the chorus. It’s so emotive, you really feel like she’s underwater.

April Fooled Me, by Jerome Kern and Dorothy Fields

The tune of what would become the song April Fooled Me was originally just an instrumental, written by Kern, discarded and left unpublished. It was only after his death that his widow, Eva, sent the melody to his longstanding collaborator, Dorothy Fields. Upon receipt, she said that she ‘simply had to write a lyric to it’. The lyric is terribly melancholic with echoes of her grief for Kern’s passing, despite being written nearly a decade after his death.  It was first recorded along with two other ‘new’ Kern songs that Dorothy penned after his death, as part of a compilation entitled Premiere Performance!

I’m A Stranger Here Myself from A Touch of Venus, by Kurt Weill and Ogden Nash

A Touch of Venus is a farce and a brilliant one at that. A very expensive and long-lost statue of Venus, the goddess of love, is awakened by Rodney, our leading man, by him placing the engagement ring he plans to give to his fiancé onto the statue’s finger. Upon awakening, she instantly falls in love with Rodney, and sings this jazzy torch song as she tries to get up to speed with the present day’s idea of love.

The Wanting Of You from Alphabet City Cycle, by Georgia Stitt and Marcy Heisler

Alphabet City Cycle is a curious little work. It’s a song cycle with no over-arching plot. It’s only five songs, sung by five different citizens of the titular City (though intended as a one-woman performance). In this opening song, we find the Student on Avenue B, lamenting a lover. The song is distinctively dark and angular, with all the mysterious jazzy feels you could ask for, matching the equally misty imagery of the lyric: about the impossibility of forgetting something you’re desperately trying to forget.

Go With The Flow from Finding Nemo – The Musical, by Kristen Anderson-Lopez and Robert Lopez

Finding Nemo – The Musical is currently playing at the Theater In The Wild at Walt Disney World’s Animal Kingdom and opened back in 2006. It only has a runtime of 40 minutes, but has big Broadway production values, fish puppets galore and a score written by the geniuses behind the songs of Frozen. This song is the classic Disney Act One uplifting ensemble number (think Be Our Guest), and is a pastiche of the Beach Boys. It takes place in the East Australian Current, where Marlin and Dory meet the sea turtle, Crush, and his son, Squirt, as well as other friends turtles riding the current.

Something Good from The Sound Of Music, by Richard Rodgers

Eagle-eyed readers will notice the omission of Oscar Hammerstein II above. This is correct; Hammerstein had died five years prior to the film version of The Sound of Music and this is one of the few times that Rodgers wrote his own lyrics. It’s a tender and sweet moment, where Maria and the Captain finally confess their love for each other. I personally love the fact that this scene takes place in the same gazebo as the song Sixteen Going On Seventeen, gently reminding us that love transcends age. The music, as you’d expect from Rodgers, is drop-dead gorgeous, with each chord stretching every heartstring that he can.

Lot’s Wife from Caroline, Or Change, by Jeanine Tesori and Tony Kushner

Caroline, Or Change is a marvel – although it is billed as a musical, it really runs more like a pop-opera. You are not watching a show with big sweeping moments and massive plot points, but rather the writers have chosen a few days in the life of these characters to simply show the way they interact and behave. All the big sweeping moments stem from the characters, rather than any massive changes of circumstances. Caroline has a fight with the boy in the house where she’s a maid, and they trade racial and antisemitic curses. Caroline instantly regrets it, and sings Lot’s Wife, in which she prays to God for forgiveness for her hate. I know the show is a bit like marmite, but anyone who saw Sharon D. Clarke play Caroline in the West End will never, ever forget her performance of this song.

I know it’s not technically from a musical, but this song is far too interesting to not talk about. Released as one of the monthly Hamildrops, this song is based on a cut moment of Hamilton, in which the protagonist was to be an onlooker of a parade in New York, celebrating the state’s adoption of the constitution (now replaced by Non-Stop at the end of Act One). Brilliantly though, Miranda decides to revisit this abandoned moment, but with the expert assistance of John Kander. It’s like listening to Hamilton in an alternative universe, I can’t help but think what the rest of the show might have sounded like with Kander’s music. What I also love is Miranda’s clear demonstration of lyrical skill here. Unlike the fast, hip-hop rhymes of Hamilton, this is a much more traditional number, with very neatly packed lyrics, under Kander’s showstopper score.

A longer version of this article can be found here.